Registration for the 2019 annual conference of The Network: Towards Unity for Health (TUFH) is now open. Celebrating 40 years of The Network: TUFH, the 2019 conference will be co-hosted by Flinders University and held September 10-13, 2019, in Darwin, Australia. The theme of the conference is Social Accountability: From Evidence to Action.

The deadline for early bird registration is April 30, 2019.

The call for abstracts for the 2019 annual conference of The Network: Towards Unity for Health (TUFH) is now open. Celebrating 40 years of The Network: TUFH, the 2019 conference will be co-hosted by Flinders University and held September 10-13, 2019, in Darwin, Australia. The theme of the conference is Social Accountability: From Evidence to Action.

The deadline for abstract submission is March 3, 2019. Abstracts will be accepted on a rolling basis. 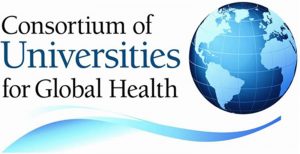 The 9th Annual Conference of the Consortium of Universities for Global Health (CUGH) will be held March 16-18, 2018, at the New York Hilton Hotel Midtown in New York, New York. The theme of this year’s conference is Health Disparities: A Time for Action, and more than 1,700 scientists, faculty, students, and implementers from more than 50 countries—from academia, NGOs, government, and the private sector—are expected to attend. To learn more about the conference, visit www.cugh.org.

Pre-conference satellite sessions will be held on March 15, 2018, organized and coordinated by distinguished academic and research institutions in global health. To learn more about the satellite sessions, visit http://cugh2018.org/satellites.

CUGH is a Washington, DC-based organization of over 145 academic institutions and other organizations from around the world engaged in addressing global health challenges. It assists members in sharing their expertise across education, research, and service; is dedicated to creating equity and reducing health disparities everywhere; and promotes mutually beneficial, long-term partnerships between universities in resource-rich and resource-poor countries, developing human capital and strengthening institutions’ capabilities to address these challenges. To learn more, visit www.cugh.org.

The 2017 National Conference on Health Professions Education (NCHPE) was held November 7-11, 2017, at Jorhat Medical College (JMC) in Jorhat, India. The theme of the conference was, “Faculty Development: Expanding Horizons…Fostering Change.” The NCHPE provides a platform for key stakeholders in health professions education in India to share scholarship, research, experiences, and educational strategies. Its annual offerings include keynote addresses by renowned speakers with firsthand experience in specialized fields of education, panel discussions led by national experts, and small group work involving faculty from all over India.

The NCHPE has been held nine times between 2007 and 2017, at various locations across India. Originally called the National Conference on Medical Education, the NCHPE was soon expanded to include all health professionals and is now an annual event. This year’s conference was especially notable, as it was held for the first time in the eastern region of India. This part of India has ample medical colleges, but there is less focus on faculty development in health professions education when compared with the rest of India.

The Academy of Health Professions Educators (AHPE) was formed as a result of the NCHPE, and has organized the conference since 2009. AHPE is a national non-governmental organization of health professionals who have interest in the development and advancement of health professions education in India. The core purpose of AHPE is to improve the standards and quality of health professions education in India at all levels—undergraduate, postgraduate, and continuing professional development—in alignment with the goals of the World Federation for Medical Education (WFME) and the South East Asia Regional Association for Medical Education (SEARAME).

A number of FAIMER Fellows and faculty members serve in leadership roles for AHPE and the NCHPE—including Dr. Thomas Chacko (PHIL 2004), Director of the PSG-FAIMER Regional Institute, who currently serves as AHPE’s President. Dr. Anshu (CMCL 2007, PHIL 2009) and Dr. Nirmala Rege (PHIL 2015) serve, respectively, as AHPE’s Secretary and Treasurer. Dr. Purnima Barua (CMCL 2015) served as organizing secretary of NCHPE 2017, and says that the conference has been a turning point in the field of health professions education in the region. “It has been instrumental in sensitizing the faculties, bringing them to the mainstream, and opening opportunities for networking,” she shares. “The conference has also helped strengthen the Medical Education Unit of JMC and provided an opportunity to all of its members to display their organizing and team work skills.” Dr. Barua notes that support from state government officials from the Directorate of Medical Education and the Department of Health and Family Welfare was instrumental to the success of the conference, which was also attended by key representatives of the Medical Council of India.

The call for abstracts for the 2018 annual conference of The Network: Towards Unity for Health (TUFH) is now open. Co-hosted by the University of Limerick, the 2018 conference will be held August 16-20, 2018, in Limerick, Ireland. The theme of the conference is Community Empowerment for Health: A Multi-Sectoral Approach.

The 2017 Association for Medical Education in Europe (AMEE) Conference was held August 26-30 in Helsinki, Finland. The AMEE conference is recognized globally as a key annual medical and health care professions education platform, regularly attended by 3,500 participants from all over the world. Session formats included workshops, short communications, posters, specialty courses, symposia, and plenaries.

The 13th Annual Association of American Medical Colleges (AAMC) Health Workforce Research Conference was held May 3-5, 2017, in Arlington, Virginia. This annual conference brings researchers, educators, and policymakers together to meet and discuss state and federal health workforce issues. The theme of this year’s conference was Working Together for Health: Aligning the Health Workforce with Population Needs. 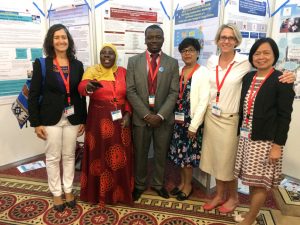 The 2017 annual international conference of The Network: Towards Unity for Health (TUFH) took place April 8-12, 2017, in Hammamet, Tunisia. The theme of the conference, which was held in conjunction with the World Summit on Social Accountability, was “Improving the Impact of Educational Institutions on People’s Health.” The program included keynote addresses, didactic sessions, workshops, and poster sessions related to this theme.

One highlight of the conference was the session presenting winners of the fifth annual Projects That Work competition, sponsored and organized by FAIMER, which showcased six projects that have been successfully addressing missions related to the conference theme for three years or longer. An annual feature of The Network: TUFH conference, Projects That Work recognizes excellent projects that have succeeded beyond initial implementation and have had a significant impact on health, the community, or the school, in order to encourage the development, implementation, and dissemination of more such projects. An open worldwide call resulted in 27 submissions, from which six were selected by an international panel of 20 reviewers.

The winning 2017 Projects That Work projects were represented at the conference by (pictured above, left to right) Mercedes Bernadá (Uruguay), Safinah Kisu Museene (Uganda), Esoh Godfrey Nji (Cameroon), Pushpanjali Krishnappa (India), Jana Muller (South Africa), and Julieta Dorado (Philippines). The session was moderated by Ralf Graves, FAIMER Director of Regional Institutes. The projects were presented in a combined panel discussion/poster presentation format to maximize potential for collaboration and sharing between attendees and presenters.

The conference also featured the winners of the third annual Student Projects for Health competition. Sponsored by FAIMER and GEMx, the Student Projects for Health competition recognizes the work of students who have made outstanding contributions to projects that successfully promote community health and well-being. The competition was open to all undergraduate and graduate students enrolled in any course of study who have been participating in such projects. An open worldwide call resulted in 130 submissions from which 14 projects were selected by an international panel of 23 reviewers. The students produced posters describing their work, which they presented during two interactive sessions.

Projects That Work and Student Projects for Health will also be features of the next Network: TUFH conference to be held in Limerick, Ireland, August 16-20, 2018. Applications are expected to open in early 2018.

The abstract submission deadline for the 2017 annual conference of The Network: Towards Unity for Health (TUFH) has been extended to January 9, 2017. The 2017 conference, which will feature the World Summit on Social Accountability, will be held April 8-12, 2017, in Hammamet, Tunisia. The theme of the conference is Improving the Impact of Educational Institutions on People’s Health.

The conference organizers invite abstracts containing empirical, theoretical, or descriptive studies relevant to one of the conference subthemes. Detailed information on the abstract submission process, including themes and subthemes, formats, and the abstract review process can be found here.

There is still time to submit an abstract for the 2017 annual conference of The Network: Towards Unity for Health (TUFH)! The 2017 conference, which will feature the World Summit on Social Accountability, will be held April 8-12, 2017, in Hammamet, Tunisia. The theme of the conference is Improving the Impact of Educational Institutions on People’s Health.