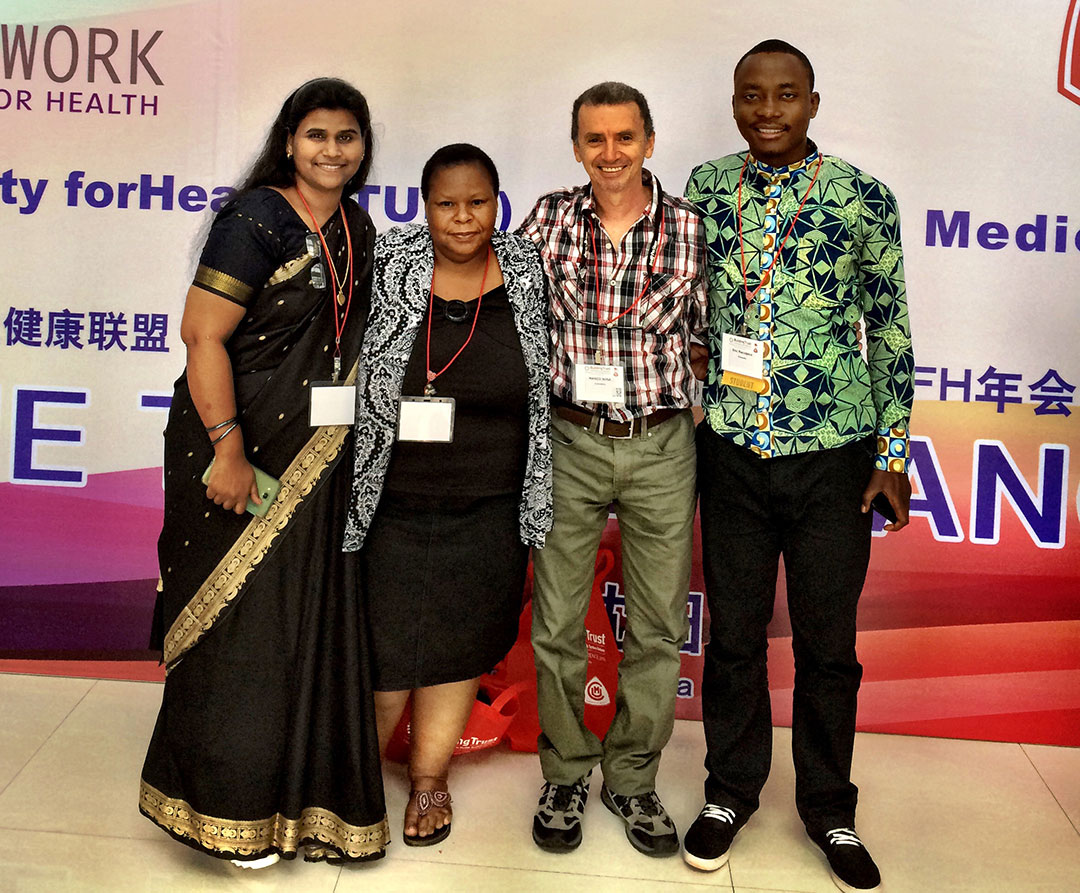 The 2016 annual international conference of The Network: Towards Unity for Health (TUFH) took place July 26-30, 2016, in Shenyang, China. Hosted in partnership with China Medical University, the conference theme was “Building Trust: A Global Challenge in Health System Reform.” The program included keynote addresses, didactic sessions, workshops, and poster sessions related to this theme. For the first time the conference also featured a new plenary format called “TUFH Talks” that included several three-minute presentations by individuals followed by commentary on each from a panel of experts.

A highlight of the 2016 Network: TUFH conference was the session presenting winners of the fourth annual Projects That Work competition, sponsored and organized by FAIMER, which showcased four projects that have been successfully addressing missions related to the conference theme for three years or longer. An annual feature of The Network: TUFH conference, Projects That Work recognizes excellent projects that have succeeded beyond initial implementation and have had a significant impact on health, the community, or the school, in order to encourage the development, implementation, and dissemination of more such projects. An open worldwide call resulted in 33 submissions, from which five were selected by an international panel of 12 reviewers. One of the winning projects has been deferred for presentation to the 2017 conference.

The winning 2016 Projects That Work projects were represented at the conference by (pictured above, left to right) Jachin Velavan (India), Doreen Mloka (Tanzania), Marco Sosa (Colombia), and Eric Rucogoza (Rwanda). The session was moderated by Ralf Graves, FAIMER Director of Regional Institutes. The projects were presented in a combined panel discussion/workshop format to maximize potential for collaboration and sharing amongst attendees.

The conference also featured the winners of the second annual Student Projects for Health competition. Sponsored by FAIMER and GEMxSM, the Student Projects for Health competition recognizes the work of students who have made outstanding contributions to projects that successfully promote community health and well-being. The competition was open to all undergraduate and graduate students enrolled in any course of study who have been participating in such projects. An open worldwide call resulted in 68 submissions from which 20 students were selected by an international panel of 13 reviewers. The students produced posters describing their work, which they presented during two interactive sessions.

Projects That Work and Student Projects for Health will also be features of the next Network: TUFH conference to be held in Tunis, Tunisia, April 8-12, 2017. Applications for both competitions will open in early September.