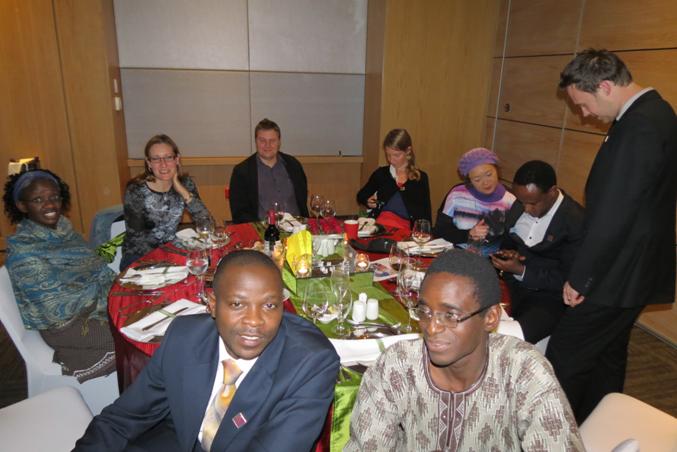 A dinner was held to mark the five-year anniversary of the Southern Africa-FAIMER Regional Institute (SAFRI) on June 29, 2013, at the Gateway Hotel in Durban, South Africa. Fifty-eight guests attended, including representatives from FAIMER, the South African Association of Health Educationalists (SAAHE) Council, deans of universities, and SAFRI Faculty and Fellows. Notably, Fellows representing each of the years of SAFRI’s existence (2008-2013) were in attendance.

Former SAFRI Co-Director Juanita Bezuidenhout served as the evening’s master of ceremonies. She welcomed everyone and gave the first speech, followed by speeches from FAIMER President John Norcini and former SAFRI Co-Director Vanessa Burch. SAFRI program leadership was officially handed over to new Co-Directors Dianne Manning and Jacqueline van Wyk. Corne Postma (SAFRI 2011) gave a speech on behalf of the SAFRI Fellows. At the end of the evening, some of the Fellows expressed their appreciation and joy by treating attendees to some impromptu dancing.

For more on the anniversary dinner and other SAFRI news, visit http://safri.faimerfri.org/wp-content/uploads/2013/09/SAFRI_NEWSLETTER_AUGUST2013.pub_.pdf.