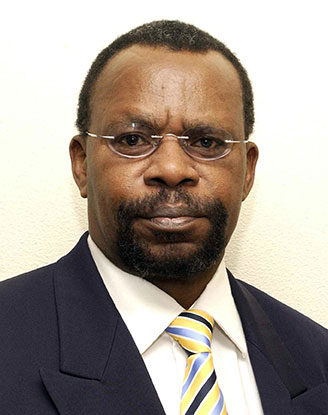 The following was contributed by FAIMER Institute 2006 Fellow Richard Adome.

Born Enoch Nshakira Kwizera on June 13, 1950, in Kigezi district, southwest of the then Uganda Protectorate, he was the fourth child and first son of Ernest and Edreada Nshakira. He grew up in a happy family, with five sisters and two brothers.

In June 1970 he enrolled at Makerere University Medical School, where he was joint second best finalist in March 1975.

Dr. Kwizera’s professional working life started in April 1975, when he was posted to Mbale Hospital in Eastern Uganda as an Intern. His major rotations were in Obstetrics & Gynecology and Internal Medicine. On completion of Internship in May 1976, Dr. Kwizera was appointed a Tutorial Fellow in the Department of Pharmacology and Therapeutics, Makerere University Medical School. In September 1976, he commenced studies toward a Master of Science in Experimental Pharmacology at the University of Bradford, West Yorkshire, UK, completing in September 1977. In November of the same year, he was awarded a scholarship by the World University Service (UK) to study towards a Ph.D. degree in Pharmacology at the University of Bradford, completing in December 1980. He then returned to Uganda to take up a position of Lecturer in the Department of Pharmacology and Therapeutics at Makerere University.

I met Enoch in 1981 when I joined the department as a lecturer. Just two years my senior, it soon became clear to me that this was a man I could look up to, as a mentor. No wonder we both found the science of pharmacology and medical education second love after family. Enoch was academically meticulous to a fault. But his philosophy about teaching was slightly different from mine. I naturally have a soft approach to things, including dealing with medical students. Enoch believed, and rightly so, that every student enrolling into medicine at Makerere must be very bright. And therefore any student who showed signs of weakness in any part of pharmacology was only lazy, and should not expect any soft handling.

In 1985, Dr. Kwizera was offered a Commonwealth Medical Fellowship in Clinical Pharmacology and Toxicology, at the Robens Institute of Industrial and Environmental Health and Safety, at the University of Surrey in Guildford, UK. Enoch was appointed Associate Professor in Pharmacology at the then University of Transkei (UNITRA), a position he took up in December 1988. In 2004, he was promoted to Full Professor.

Over the years, Dr. Kwizera developed deep interest in Health Professions Education, which became his second academic passion. In 1993, he was elected to the Council of the South African Association for Medical Education (SAAME) to represent UNITRA and the Border Region. In 2007, he was awarded a Fellowship of the Foundation for the Advancement of International Medical Education and Research (FAIMER) Institute based in Philadelphia, USA, which he completed with distinction.

Enoch married and had four grown children and one foster daughter. He leaves his loving memories to be cherished by his loving brother Nathan and sister Lydia, and many friends. The body will be arriving into Uganda from South Africa and a funeral will take place later in Kabindi village, Kigezi district.

The inaugural issue of the African Journal of Health Professions Education (AJHPE) opens with an editorial that asks and answers a question; “Does Africa need another journal?” Co-Director of the Southern Africa-FAIMER Regional Institute Vanessa Burch (PHIL 2001), M.B.Ch.B., M.Med., Ph.D., authored the piece as the journal’s Editor. Dr. Burch explains that AJHPE is the only journal focusing specifically on health professions education and related topics on the continent of Africa. That health professions education is vital to solving the health care problems in Africa makes this journal more important than ever.